Part 3: The one and only learning theory that counts is … 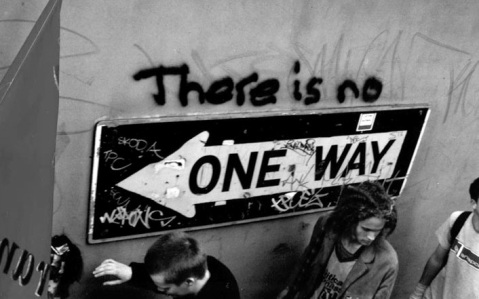 Over the years teachers have been asked to plan and deliver lessons to specific models. These models have included meeting various learning styles, multiple intelligences, and differences in ability. Teachers are now being asked to adopt a “growth mind-set” approach when dealing with learners (if they do not already have one what are they doing in teaching?) Views on how best to teach a particular aspect also change and teachers have been instructed in the way to teach reading and mathematical concepts with each supporter or instigator claiming theirs to be better than the other. Strangely enough we could have expected this dichotomy to have been resolved by now if there was one way to teach and to learn! Perhaps this is evidence of sorts for there not being a “one way”. 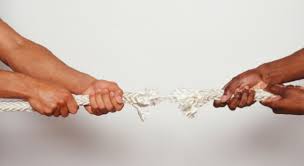 This situation of new ideas replacing old and then being replaced by old ones re-discovered and of to-ing and fro-ing  is unhelpful for teachers and for learners in a number of ways. Firstly it ignores teaching and learning experience. Experience of what works and what does not work and in what circumstances. I suggest that a variety of approaches and teaching strategies is the hallmark of a seasoned teacher. They are able to respond and adapt to meet the dynamics of a lesson in a way that maintains engagement and supports learning. To ignore, or in some way supress this experience, is not helpful. I have seen excellent teachers be sacrificed on the altar of the “one way” because instead of going with their instinct they stuck to the plan. Instead of using experience to take another way in achieving the same aim they tried to apply an inappropriate strategy determined by the one way.  At the least the one way produces conflict and at the worst high levels of job related stress.

When the “one way” does not have a level playing field and there are high stakes implications for not reaching the same standards then a second undermining condition occurs. This can be summed up by the term “playing the system”. Ways are found to produce the required output at all costs because these are far less than the impact of not doing so. Once discovered then this leads to attempts to strengthen the original one way  systems. This is a spiral of pressure, playing the system, tightening the system controls and more pressure.

Wanting to do things one way also calls for conformity rather than supporting or stimulating innovation. This is something I claim leads to much narrower inspection frameworks. Frameworks that by their very nature, become inflexible and constraining. There is a natural outcome of an inflexible framework and that is any responsibility for lack of success is directed not at the framework itself but at those operating it or being inspected by it. The logic flows along the lines of if it’s not the framework at fault, and it cannot be, then it must be the people.  The spiral of decline and blame is there for all to see whenever we have this situation. The result is a very toxic environment for the people as the means to support the framework is strengthened in an effort to make it work. It never will but that does not stop those that believe in it trying to make it. Efforts are made to drive up standards and grades re-assessed or re-defined even if the framework standards are being achieved. This is because the framework is fundamentally flawed and cannot produce the desired outcomes.  The stupidity of this approach defies only those who instigate and support it.

When the one way is not working then changes occur, not in broadening the approach but instead as I have suggested earlier, in standards or grade definitions. This adds an element of insecurity and confusion for those involved. What is the old “C” in terms of the new level? Why is this subject included and this one excluded? Changes of this nature also make demands on time and energy as the people work to accommodate the changes.

What is worse is when eventually the current one way is dismantled to be replaced not by an amalgam, a variety or a blend, but once again by the new one way. Yesterday’s best way becomes today’s “must avoid” as each “new way “undermines earlier “new ways”. What is worse is the latest ideas fail to be the one way it is claimed to be and the old way becomes the new way once again.

I have seen first-hand the draining nature of this approach, of imposing a one way approach to teaching and learning. Teachers keep their heads down, they have little enthusiasm, or energy for new ideas or innovation, be it good or bad.  Some vote with their feet and leave the profession.

Yes we learn from experience and so things evolve but surely this should make us aware of the dangers of the “one way” mentality in teaching and learning. The power of Learning Intelligence is that it opens our eyes to the effects of the one way and empowers us to do something about it.  It also provides the reassurance and boost to confidence we need when being challenged by the one way syndrome.

"4c3d" (AcEd) is the abbreviation for Advocating Creativity in education, a company I set up to challenge how we think about and deliver education. The blog champions my concept of Learning intelligence, how we manage our learning environment to meet our learning needs as well as detailing those needs: Power Belonging, Choice and Fun - PBCF. Kevin Hewitson 2019
View all posts by AcEd »
« Previous post
Next post »

One response to “Part 3: The one and only learning theory that counts is …”

This site uses Akismet to reduce spam. Learn how your comment data is processed.